Skip to content
OK, I said I would post the next day, but man was I wrong. Life has a pretty sneaky way of making things a bit hectic, but I was able to handle it with ease (thanks to meditation, yoga and deep breathing!). I went to a Macbeth audition (what, you didn’t know I liked to act?), and was cast the part of a witch. Is it strange that I was actually wanting to get that role? I’m also playing an old man. Can’t wait to get into it.
With all these interruptions (but good interruptions) I felt really bad for not blogging, because I really wanted to share with you guys and follow up on the last post about artificial sweeteners.
In this post, I told you I was going to talk about my absolute love for two natural sweeteners; then I’ll tell you of two other sweeteners that I haven’t tried but want to very soon.
Xylitol 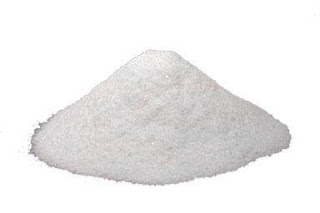 I absolutely LOVE this sugar alcohol and use it very regularly. **But first a caution: using it regularly in large amounts will make you very “regular”, so to speak. Sugar alcohols are known to have a laxative effect when taken in excess, so when you find yourself loving this sweetener after I get done talking about it, be sure to use it with care.**
Xylitol is a naturally occurring sugar alcohol that is found in most edible plant sources, and is usually extracted from the fibers of fruits or vegetables (if anyone else knows where this is found and extracted, let me know). Some times it is called wood sugar or birch sugar, due to where it comes from.
The sweetness of xylitol is about the same as sugar, with 40% less calories per gram (about 2.5 cal./g compared to white sugar at 4 cal./gram) than white sugar.
The taste of xylitol is absolutely amazing, to me, as it is very cool and “clean”, and it doesn’t make you feel naughty by eating by the spoonful (actually, I don’t recommend doing this!).
The glycemic index of Xylitol is 13 compared to white sugar which is around 60-65. The glycemic index is a scale from 0-100 that rates the effect of foods on blood sugar levels (0 being no effect, 100 being a big effect). I like following a low-glycemic diet most of the time, but sometimes this system isn’t always accurate (I will blog more about this topic later).
So, Xylitol has very little effect on isulin levels, which is why I enjoy it so much, because I believe that keeping our insulin levels low we can achieve optimal health and wellness–anti-aging, healthy weight, healthy skin, hair and nails, improved mood and concentration, healthy leptin and grehlin signaling, etc.
Xylitol is also relatively inexpensive compared to other sugar alcohols. There is erythritol, which I haven’t tried but I have heard many good things about. It isn’t as sweet, and it’s more expensive, but it has virtually no effect on our insulin levels which is a plus! However, I really do believe that xylitol might be the safest sugar alcohol out there. Dr. Joseph Mercola even agrees (my hero).
A couple of interesting things I learned about xylitol was that
1. Our bodies produce up to 15 grams of xylitol a day. So you know it’s natural!
2. It’s a sweetener used widely in Finland. Who knew? Well, I guess they do, obviously.
I like to purchase my Xylitol online, because it is less expensive than buying 1 lb at the health food store for $7. Online, I can get 3 lbs for $17.99 (these prices, or the availability sometimes change, though). This is the brand I like.

P.S. Xylitol is actually good for you teeth!
Stevia 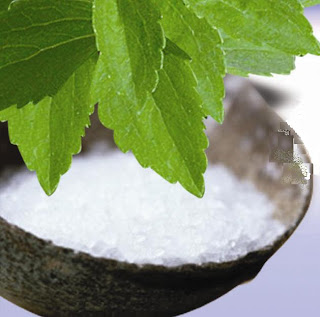 Stevia is an amazing herb native to South America. It has been used for centuries as a natural sweetener, and is becoming more known throughout North America (see the new products that contain this sweetener mixed with sugar alcohol Erythritol: PureVia

).
This sweetener is up to 200 times sweeter than regular sugar, so if you purchase pure stevia (up to 90-90% stevosides), only about 1/2 tsp. needs to equal 1 cup of sugar! It also has no known effect on insulin levels, which is another reason why I like it.
A good source to purchase stevia is from Amazon, Vitacost.com or iHerb. Sometimes I have purchased pure stevia on eBay, but be wary because you don’t always know the source of the product. Many people like the NuNaturals

Stevia brand the best; I also think it’s popular because the price is relatively low compared to other sweeteners. Look around until you can find the one you like.

************************************************************************************
Usually when I make/bake and have to use a sweetener, I tend to blend stevia, xylitol and small amounts of raw honey and organic Sucanat, a less refined sugar that still contains many nutrients present in the sugar cane. I also like to make sure there is enough fiber (coconut flour, anyone?) and good quality fat (there are some recipes I need to show you that use healthy fats while still lowering the calories of different foods) to slow down the absorption of the added sugars (though still very little).
For now I will leave you to your exploration of alternative sweeteners. Before I go, I would like for anyone who has every tried coconut palm sugar to please raise their hand. How do you like it? I know it has the same calories as sugar, but is much lower on the glycemic index. I shall find a good source so I can do a little experimentation.
Also, if you have any questions or comments, please post them–I’m here to help you! I love finding things out about nutrition, health and wellness, so anything will be appreciated. Tell you friends, too, by sharing this blog or this post via “Add This” at the top of this blog. I’ll love you forever! (Although I already do.)
Until next time, this has been the Healthy Advocate.
********************************
1. Wikipedia – http://en.wikipedia.org/wiki/Xylitol
2. http://www.exylitol.com/
3. http://articles.mercola.com/sites/articles/archive/2009/05/26/What-is-Erythritol-Doing-in-Vitamin-Water.aspx

2 thoughts on “My Preferred Sweeteners”