Skip to content
Hello all, this is the Healthy Advocate. 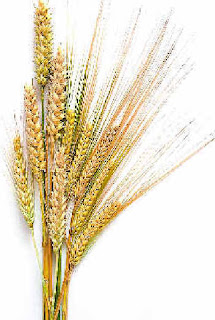 Back in early February I decided to go on an experiment that many before me have tried and succeeded in, with great health benefits to reap. This was a total elimination of all grains, in every form, from my diet.
I have been pretty much restrictive on my grains for almost a year already, consuming maybe a serving or two a day of whole, soaked or sprouted grains, sometimes gluten free. There has been a lot of new research coming out about the effects that grains, and in particular gluten, does to our health, which helped move me into following this no-grain ‘diet’.
Many of the information I have received have obviously not been influenced by main stream health experts, but from alternative health experts well informed and motivated to educating others about the health effects of grains.
Mainly those following a Paleolithic type diet have really helped show me what our bodies really are designed to eat (or what we, as humans, have been eating for the majority of our time on earth).
It was only 10,000 years ago that the cultivation of agriculture has been developed, and in this time diseases related to diet have increased and/or developed. Many of our ancestors who subsided mostly on meats, vegetables and some fruits had no problems with teeth, blood sugar or weight, and some studies suggested that they were much taller than their grain-eating descendants.
Plus, grains stimulate your insulin levels, much more than vegetables, meats and moderate amounts of fruits–so, it is bizarre to me why the USDA is recommending most of our calories come from grains, even if they are low in fat.
Gluten Intolerance: A Small Minority?
I don’t think so. I believe that there are MANY symptoms to gluten sensitivity and intolerance that don’t seem to be connected to gluten, but really are. I have heard of those with depression and mood disorders go off gluten and grains all together, while increasing their mood and beating depression. Now these results may not be typical, but they may be, I don’t know. I do believe, though, that anyone suffering from anything (depression, weight, irritable bowel syndrome, digestive disorders, acne, eczema, teeth problems, ect.) will be better by eliminating or reducing all grains.
It is estimated that one out of seven people in the US have an intolerance to gluten, but I suspect that it may be much higher as most people suffer different ailments, some of them minor, that might be related to gluten and grains. Some people can do very well on small portions of gluten, without any side effect; most people will do much better if the form of wheat they choose is in its whole grain form, rather than refined–this will add the extra fiber and minerals to slow down the blood sugar spike that happens with grains.
I also believe that most people will fare even better on grains if they are soaked, sprouted and/or fermented as advocated by the Weston A. Price Foundation.
What I Have Experienced So Far
I never thought that gluten and grains would be a problem for me, because most of the time they weren’t. I do not have celiac disease, and I do not suffer from any type of problems with my body after eating grains.
However, for the majority of my time spent learning about nutrition, I have only consumed whole, unprocessed grains, usually in their soaked or sprouted forms. Even then I would only have about one serving per day, four to five days out of the week, something that I don’t believe would cause a problem with me or anyone with no major problems with gluten and grains.
I have noticed that the past week and two days without grains whatsoever, has given me a better digestion. I’ve also noticed, as I have before with eliminating grains, that I lose weight rather quickly without even trying. I absolutely don’t need to lose weight, as I am already underweight, but even when I eat most of my calories from healthy fats and vegetable carbohydrates (with only a tiny amount of fruit), weight seems to come off easily than when I was eating grains. This has also happened with fermented and soaked grains, but not so dramatically.
After this experiement, which I was thinking would last for about 3 months (at least until May 2010), I might start incorporating grains back into my daily program again, although still relatively small, and still in their whole form (soaked, sprouted). I may even choose gluten free grains most of the time, in their whole form (soaked/sprouted) and as lone as they are relatively low on the glycemic index, which is rare for any grain.
I hope I have provided you a little insight on grains today, and maybe you can take this information and start studying on these issues for yourself. Who knows, maybe something that has been bothering you lately in your body will clear up after eliminating grains, sugar and dairy (at least the conventional ones you find in your local supermarket).
If you have any comments about this subject, or any questions, please post! You guys are important to me on my journey to learning more about nutrition and wellness. I don’t claim to know everything, but I do know things, and I love sharing this knowledge. However, you guys also know things, and it doesn’t help anyone to keep it to yourself. Let’s all make a difference in the world of real health and overall wellness.
This has been the Healthy Advocate.
******************************************************************************
Whole Grain Hooey 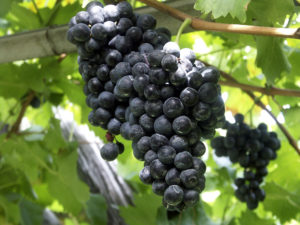 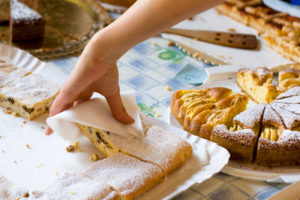 Weight Gain Over the Holidays Linked to More Food, Not Less Exercise

2 years ago Brandon May

8 thoughts on “My No-Grain Experiment”